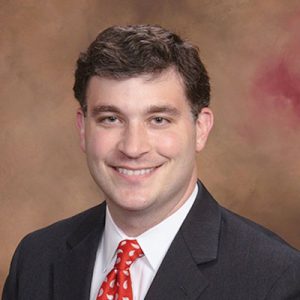 Michael practices in the following areas: Social Security Disability, Veterans Administration Disability Claims, Immigration, Wills and Estates and Litigation (Personal Injury and Business).  He was named to Business North Carolina Magazine’s “Legal Elite/Young Guns” for 2011, 2012, 2013 and 2014.  (selection criteria available at www.businessnc.com). North Carolina Super Lawyers Magazine named him a “Rising Star” for 2010-2013 and 2015 (selection criteria available at www.superlawyers.com). Triad Business Journal named him one of “Forty Leaders Under 40” for 2009.

Michael regularly appears on television stations WXII and WFMY to provide legal commentary. Michael blogs at www.southernlawyernc.blogspot.com, and he is on Twitter @slnc01. He has practiced law for over 10 years, and he holds a B.A. in history from the University of Virginia and a law degree from Wake Forest University School of Law.

Michael is married to Jillian Brevorka, who is a lawyer in Greensboro where the couple resides. In his free time he enjoys spending time with his family, reading, writing, drawing and exercising. Michael is a published author. To date, he has published numerous articles, two short stories and a poem. 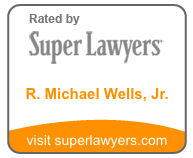